Hundreds of years ago in the Southern Shaolin Temple in China, the monks developed a unique system more efficient than any other and build it on principles like a weak person should be able to defeat a stronger opponent, using the body's full potential while not getting wounded. The result was Weng Chun. A concept which gives a natural response to any given situation and has been battleproven over and over through the ages.

Weng Chun is not only techniques but also a set of principles and concepts for figthing and is just as real as the time from which it was developed. When you find yourself in a situation, where you need to defend yourself it is too late to think about what to do. Everything goes very fast, the body reacts by sending danger signals, that may confuse or freeze you up. In Weng Chun we work with special techniques like 'sticky hands' and partner drills that enables the practitioner to build new ways for the body to automatically and instinctively react to grabbling, pushing, fistfighting, kicking, throws and more.

Mostly an attacker will be bigger or stronger than you as they tend to find weaker opponents. Weng Chun does not build on brute raw force or hard blocking, but on interception and acknowledgement of the attack and on directing the attackers force away while attacking where he is weakest.

Introduction to Weng Chun made by our Grandmaster in Bamberg, Germany

Read more on Forms and Weapons 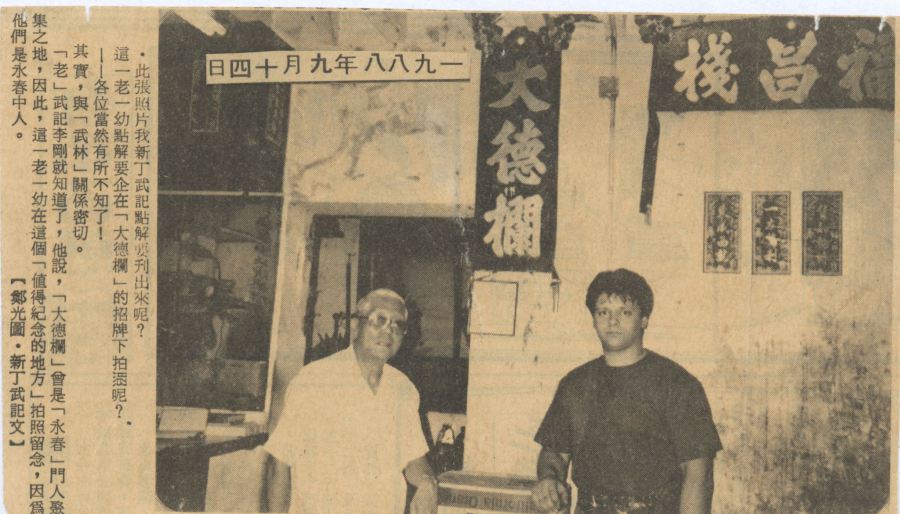 A Tribute to GM Wai Yan

Weng Chun origins from the southern Shaolin Temple in China. It was developed by the monestary's five abbots, just before the destruction of the Temple in the late 17th century. Unfortunatly the art was almost destroyed before it could be thought and spread out.

The Weng Chun Master, Abbot Chi Sim, survived by disquising as a cook on the red painted oprera boats sailing freely on the Yangtze River. Wars and regime shifts and cultural revolutions would through the next decades almost entirely wipe this art out and it fragments gradually. Other styles are known such as the popular Ving Tsun system thaught by Yip Man, Bruce Lee's master.

During the 1950's Wai Yan decides to re-asssembly Weng Chun again and travels throughout Asia and finds the last Great Grand Masters, brings them back to Hong Kong and opens Dai Duk Lan, a kung fu hub, where all styles met, shared knowledge and were tested. The purpose of Dai Duk Lan was to reassembly the weng chun system again through hard work and by reality testing they found out what worked and what was just fancy techniques.

Shortly before Wai Yan's death in 2004 Master Andreas Hoffman, as the only european, was named inheretor of a kung fu system and performed the traditional tea cermony. As Grandmaster Andreas, travelled back to Germany and kept his word of spreading the Art and today it is trained all over the world.

Andreas Hoffman lives in Bamberg, Germany and visits us every year

Dai Sifu Henrik Sprechler and Sifu Thomas brings Weng Chun to Danmark in 2005. It started small in a basement in Østerbro, Copenhagen, and soon expanded to Kødbyen, where the club has been located since 2007. Not long thereafter schools open up in both Helingør and Hørsholm. The School is lead by its 6 instructors Sihing Daniel, Sihing Rene, Sihing Jurij, Sihing Ivan, Sihing Daniel, Sihing Patrick and Dai Sifu Henrik 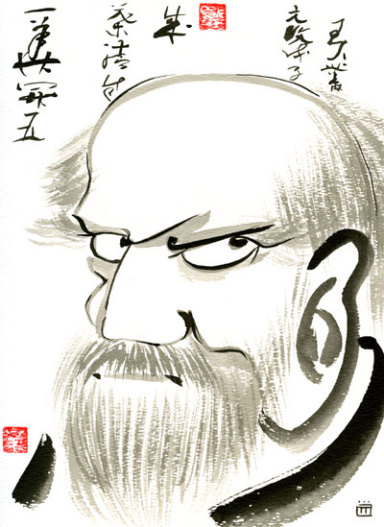 Bodhidharma came from Kerala in Southern India where they protected the tempels with kalaripayattu, aka 'Pit Fighting', an indian martial art that dates back 6000 years. When Bodhidharma came to China in 520 AD, he was introduced to the Shaolin Monastary and he thaught them his art and kung fu was born

Weng Chun was kept secret in a closed circles of persons and families until 1996. The Grand Master of the system today is Andreas Hoffmann and he openly teaches everyone.

Grandmaster Andreas Hoffmann travelled as a young boy to Hong Kong and found a legendary kung fu grandmaster. The Master, Wai Yan was at that time already a man in his third age, but still strong enough to teach Hoffmann for the next 20 years.

Below Grandmaster Andreas Hoffmann respectfully gives his first copy of his book on Weng Chun Kung Fu to Great Grandmaster Wai Yan, a few years before his death in 2004. Honered be his memory. 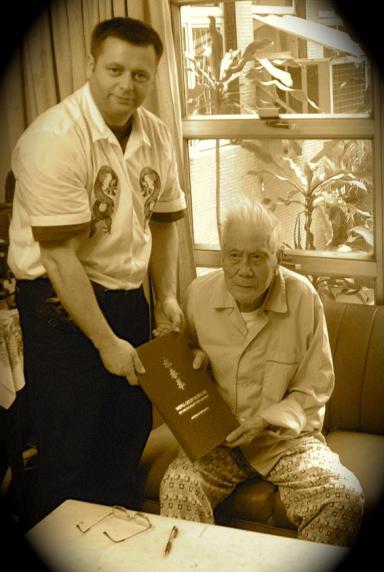 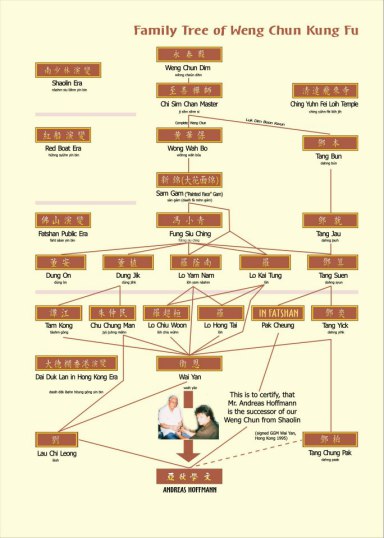